Day 4: Learning about Welfare and the Workfare State

Day 4: Learning about Welfare and the Workfare State

On the morning of day 4 we visited the Danish Institute Against Torture called Dignity.  Guest speakers included Helle Harnisch who spoke about her work with child soldiers in Africa.  Helle has filmed many hours of conversations with former child soldiers and she shared her digital stories with our group. 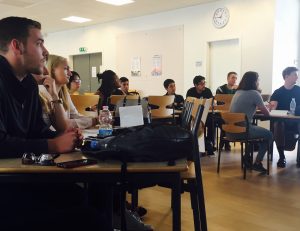 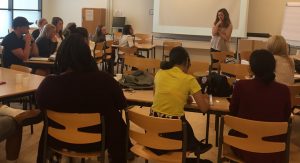 In the afternoon we were visited by social worker Andrey Lukyanov who spoke to our group about Danish child protection services and the Danish welfare system.  Students were surprised to learn about the many benefits Danish citizens enjoy including free education and health care paid by the state.  Denmark has the highest tax rates from any other European country but it also spends half of collected tax revenue on public services. “It’s like an all-inclusive resort” says Lukyanov to the students. 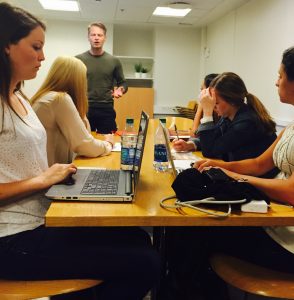 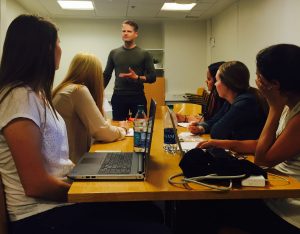